Tournament proves Withy up with best 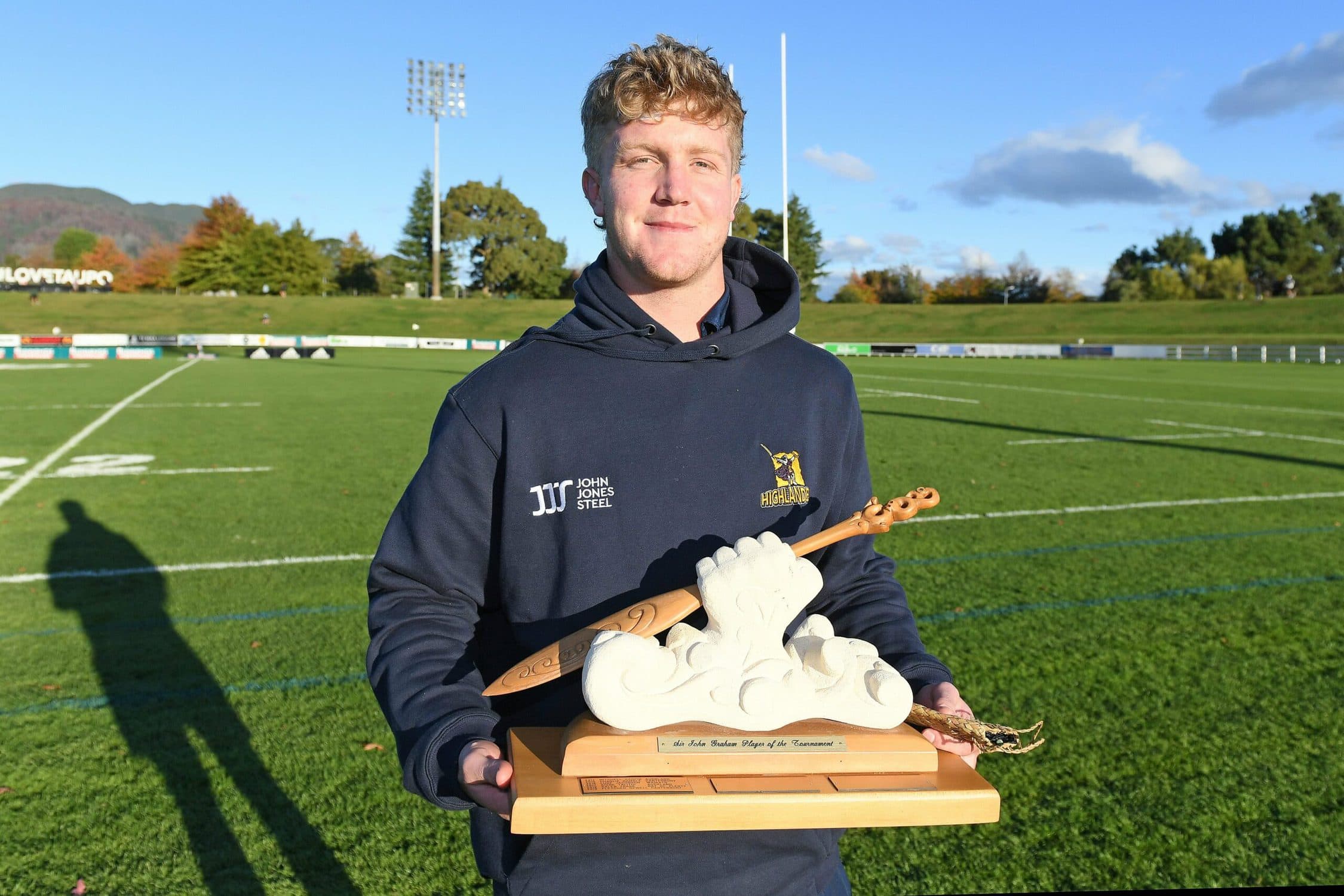 Sean Withy with the trophy he won for being the player of the tournament at the under-20 championships in Taupo earlier this month. PHOTO: GETTY IMAGES

It has been a very up-and-down few weeks for loose forward Sean Withy.

Withy was captain of the Highlanders under-20 side which played at the national tournament at Taupo earlier this month, and the loose forward received the player of the tournament award.

The 20-year-old openside flanker started with a three-try display for his side in the big win over the Barbarians and then backed it up with a strong display against the Hurricanes in a losing effort.

The side then finished with a come-from-behind win over the Crusaders on April 18, winning with the last kick of the game.

Withy, who hails from a Dipton dairy farm, found out later that day he had won the individual award.

"I had no idea. We had all gone back to the hotel and then three of us [Cameron Miller, Nathan Hastie and Withy] were told to get back to the ground.

"So when we got there at the end of the Hurricanes-Blues game there was no-one else there so I knew something was up."

He said it was a surprise to win the award and something he was proud of.

It helped being in a good team with good coaches.

The tournament was of high standard, he said.

He played in the national under-19 tournament in 2019 and said this year’s tournament was of a higher standard and better players.

Withy sees himself as an openside flanker and that is where he intends to play for his University side.

He is in his third year at the University of Otago, studying for a bachelor of science, majoring in sport and a minor in marketing.powered by Rubicon Project

He was halfway through his degree, having gone to part-time study last year, when he made the Otago side in the Mitre 10 Cup.

He had spent seven weeks of pre-season with the Highlanders this season under an intern training contract and said that painted a good picture of how to succeed at his goal of being a professional player.

The high, though, of winning the award did not last too long.

Within three days he was in hospital getting his tonsils out.

They were getting quite sore and something had to be done, he said.

"They have been bothering me for a while. I did not think much of it but it was becoming annoying.

"I was always blocked up and getting sore throats — having trouble breathing at times, just not getting enough oxygen into my body.

"It was good to get it done and was sore straight afterwards [the operation]. But I’m coming right."

Withy is targeting a return to club rugby on May 8 and from there would look to get back into the Otago side.

He boarded for five years at Southland Boys’ High School but never made a national side in that time.

"It was a wee bit annoying at the time but doesn’t matter now."