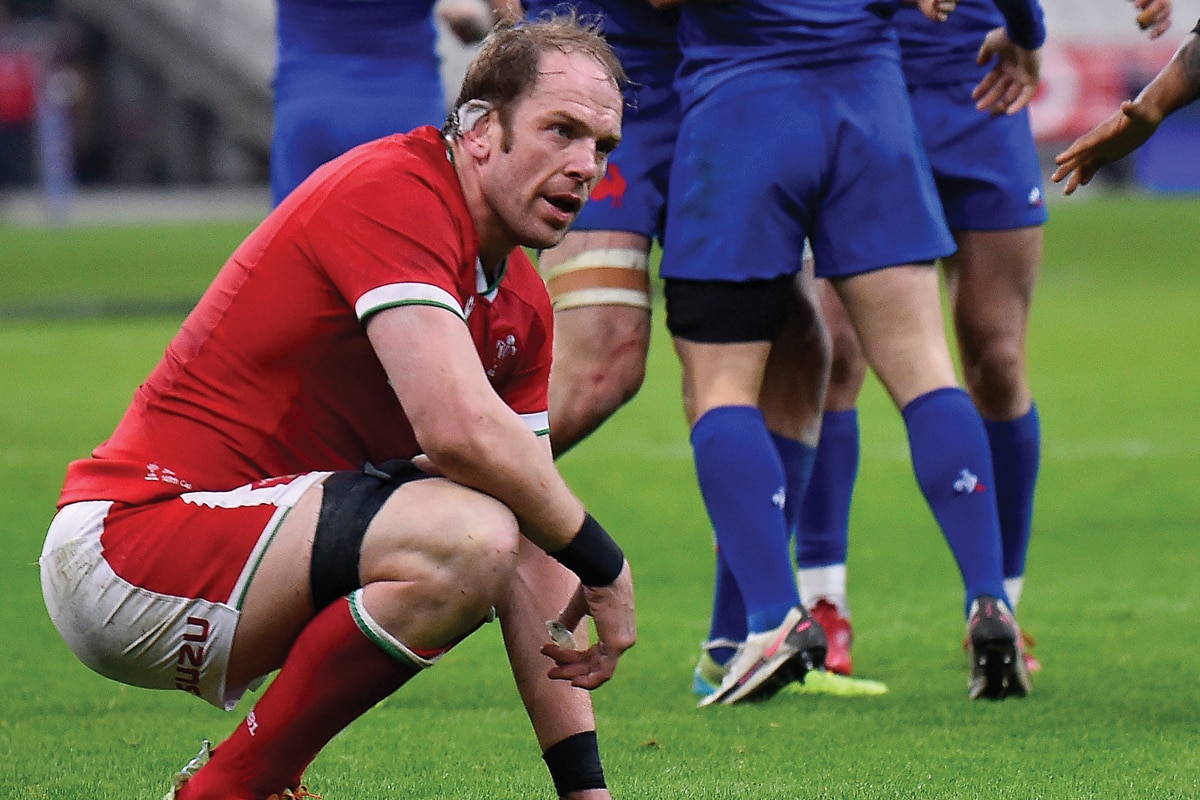 There was plenty of drama, and decent code, during the Six Nations.

Liam Napier picks the brain of a man who has a handle on rugby in both Europe and New Zealand.

With a foot in both hemispheres, Sean Fitzpatrick is well placed to assess the complicated question of global rugby supremacy and the major challenges the game must tackle to remain relevant in the vexed modern age.
When Rugby News catches up with Fitzpatrick, the former All Blacks captain is enjoying his longest stint at home in 20 years.
Since arriving in Auckland last November, and completing two-weeks quarantine, Fitzpatrick has savoured his four-and-a-half month return to the Whangaparaoa Peninsula.
Every year Fitzpatrick returns from his Notting Hill base in London, but usually for six weeks over summer. With this year’s Six Nations played behind closed doors, there was no need for him to rush back to the UK and so he instead welcomed the chance to put the feet up a little longer.
With his roles as an adviser to Twickenham-based Harlequins, on the board of Welsh club Scarlets, as chairman of the Laureus Awards and a pundit for SKY UK, Fitzpatrick has a strong grasp on the Northern Hemisphere game.
While he agrees the game globally is in a state of flux as it attempts to find a way through the ongoing Covid-19 impacts and chart a more sustainable future, Fitzpatrick remains cautiously positive about the mid-to-long term future.
“I’m really optimistic about where it’s going,” the 57-year-old, 92-Test hooker says.
“Covid has accelerated where we were going to be in a year or two. Private equity has been around for a little while in the UK. Ultimately, we need money to sustain the game.
“Club rugby in the UK has been hugely exposed by Covid. It’s not sustainable the way it has been, and it’s made everyone think differently. The world calendar and private equity are paramount for us continuing to help grow the game.”
Those big-ticket issues come up again later in conversation but, for now, we discuss whether the Springboks should still be considered the pinnacle of the game given the world champions and No 1-ranked side haven’t played a Test since the World Cup final on November 2, 2019.
By July, when expectations are the British and Irish Lions will travel to South Africa and play without fans at venues, it will be 20 months since the Springboks were last sighted.
“It’s really strange times,” Fitzpatrick says. “You just look at the Northern Hemisphere where they’re still playing rugby behind closed doors. It’s a bizarre time. We’re not really going to see the other side of it for a while yet in terms of getting crowds back into stadiums.”
Turning his attention to the recently-completed Six Nations, a gripping tournament won by Wayne Pivac’s Wales after Scotland upset France in Paris in the final match, Fitzpatrick lauds the competitiveness and ambition this year’s event embraced.
“In years gone by it hasn’t been great rugby but the tribalism and fanfare around it you don’t get anywhere else. Without the crowds, this year we had some pretty good rugby.
“The French were outstanding and then terrible but I think they showed enough for everyone to be very wary of them come 2023. They’ve got some great young talent.
“Wales, for all their problems last year, seem to have turned that round to grind out some wins. Their last couple of games were outstanding. They were desperately unlucky not to get a Grand Slam but they got a deserved championship.
“Ireland are improving and Scotland had a great last win over France so it was a very competitive tournament which bodes well in terms of 2023.”
As for England, which finished fifth with two wins and three losses to leave Eddie Jones under major scrutiny a little over a year on from guiding the Red Rose to the World Cup final, Fitzpatrick senses major changes afoot.
“It’s a bit unstable, isn’t it? They did so well building into the World Cup and seemed to get their run pretty right but the players are probably struggling now.

“Eddie is very demanding. He’s been great for English rugby in terms of what he’s done for the standard of the Premiership and players. They’re definitely at a different level from where he took over, but it’s a grind.
“European rugby is week-in, week-out, relentless rugby. The conditions don’t help, the players get worn out, and then they go to Eddie and he grinds them. I think some of them have probably burnt out.
“They’re probably going to make changes but what I would say is they’ve got great talent and depth so I wouldn’t write them off, that’s for sure.”
Closer to home, Fitzpatrick notes the drop in quality during the second edition of Super Rugby Aotearoa, which he attributes to uncertainty surrounding the remainder of this year’s schedule.
“We’ve got the quality of players and we’ve seen that through Aotearoa but the All Blacks have a big job. The Northern Hemisphere teams are definitely getting better. Every time the All Blacks play the opposition are literally playing a World Cup final. This year has been a bit disjointed with players not really knowing where they are going. The All Blacks schedule is yet to be finalised.
“This time last year players knew they had Super Rugby Aotearoa, a new, exciting competition and the Tests against Argentina and Australia to look forward to. Now there’s a bit of an unknown.”
In his role on the Scarlets board, Fitzpatrick sees first-hand the detrimental impact the lack of an aligned global calendar continues to have on the game, with the Welsh club losing up to 25 players every international window.
On the flipside, Sean Maitland was not released by his English club Saracens, who play in the second-tier Championship, to represent Scotland against France as that rescheduled Test fell outside the international window.
Such frequent club versus country clashes only serve to dilute both levels and, yet, there is no clear solution in sight. Fitzpatrick hopes the arrival of private equity will fast-track the pace of change and help solidify the way forward, though someone still needs to persuade the French clubs in particular to look beyond their back yards.
“We need international windows, we need club windows globally,” Fitzpatrick stresses. “We’ve got some amazing products but we haven’t got enough weeks in a year.
“The Pro 16 could be amazing but, unfortunately, we overlap with international rugby and the product is not good because of it. Some unions and competitions are going to have to make compromises, to play less games. Maybe the All Blacks don’t go to the Northern Hemisphere every year. They might go once every three years. There might be a world club competition once every three years. It doesn’t have to be every year. But we need a world calendar for 10, 20 years that spells everything out so we can engage sponsorship, rights holders, the players know where they’re going and what they can target.
“Hopefully that is happening. World Rugby realises it needs to happen and everyone needs to get on board – otherwise the game is going to disappear.”
Following suit from CVC Capital Partners purchasing minor stakes across the northern game, private equity has arrived on New Zealand’s doorstep in the form of a $465 million offer from US investment giants Silver Lake for 15 percent of NZ Rugby’s commercial rights.
In order to tackle the participation challenges facing the New Zealand game, and retain as many leading players as possible, Fitzpatrick believes this avenue must be welcomed.
“How do we keep our players in New Zealand? We need money. At the moment the grassroots are being sacrificed to keep our leading players in the country. If we want to sustain the game here in New Zealand, we need money.”

The final point to consider is the very fabric of rugby in terms of how it is played. The ever-increasing size and power of athletes; the trend towards damaging collisions, the contentious breakdown, tackle height, and dangerous high ball incidents are all on the agenda for change.
Fitzpatrick concluded his illustrious career in 1997, a time when little was known about the risks and long-term effects of concussion. These days the class-action lawsuit brought against World Rugby and the English and Welsh unions highlight an issue that could alter the game as we know it.
“One of the major challenges for World Rugby is to make the game safer,” Fitzpatrick admits. “At the professional level that’s going to be more and more difficult because you can only go so far, but there’s definite ways in terms of junior and grassroots rugby that we could be introducing different types of the game to make it safer.
“We’re losing that grassroots involvement purely through safety concerns. It’s important we look at other options of how we engage with mums and dads and the youth of today.”