STIRRING THE POTS (OF GOLD) 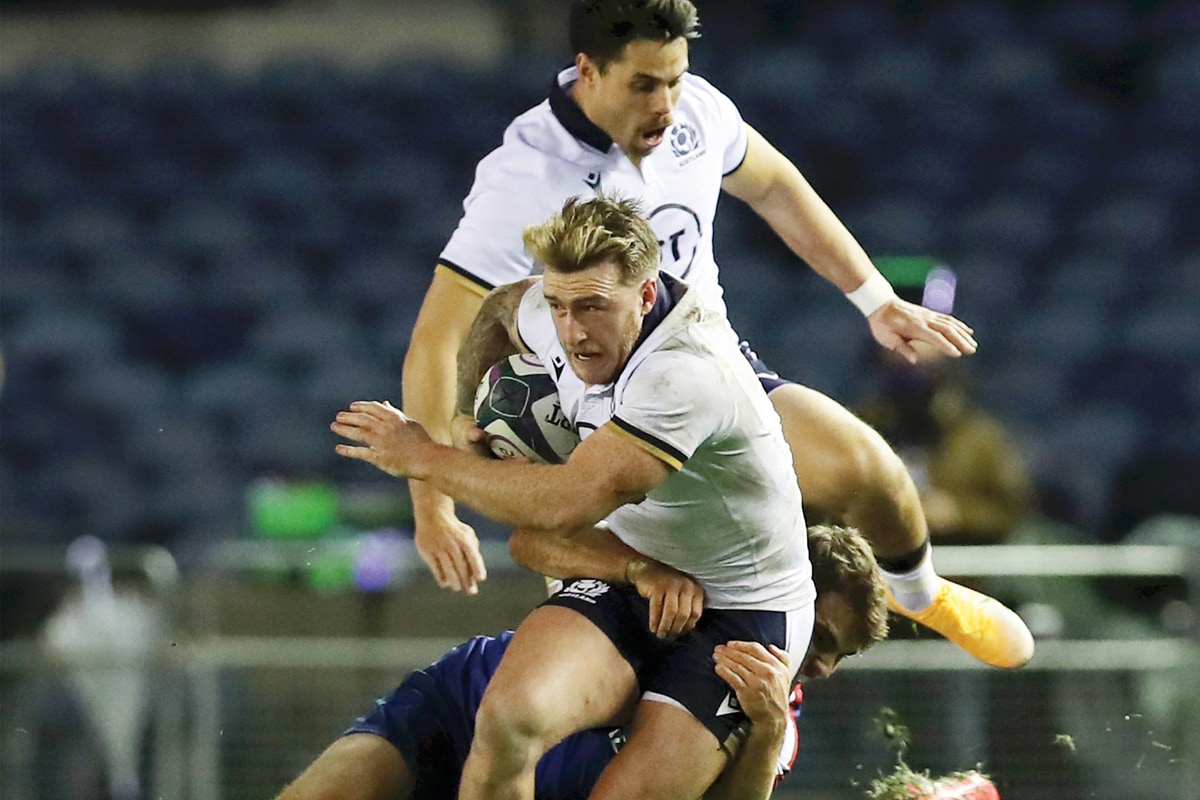 Imagine if the likes of Stuart Hogg and Antoine Dupont, here making the tackle, could play together in an IPL-type team?

There’s plenty of talk around problems facing our game at the moment, whether that be Silver Lake, player numbers, number of Tests, et cetera.

A lot of problems with plenty of ideas for solutions. However, one problem that seems to have fallen through the cracks is the global calendar. With time zones and millions of square kilometres in oceans separating the footy-playing nations, it’s always going to be difficult, but not impossible.

For me, the Northern Hemisphere has to budge, for nothing else but quality of product. The European season ideally would shift to a start date similar to Super Rugby in February/March, which would be the back end of the winter in the north and the beginning of spring. When both hemispheres’ domestic seasons start at very similar times. the opportunities are endless.

For New Zealand Rugby to stay strong, what the calendar needs is variety, something new and exciting. Just about every rugby player here in New Zealand says exactly the same thing to me when I ask them why they sign offshore: the reason is because it’s something new. Granted, the money is a great sweetener, but players in NZ are well and truly tired of repeating the same calendar of Super Rugby, July Tests, Rugby Championship/Bunnings NPC, then finish off the season with a tour up in the UK. You can imagine it gets pretty boring and tiresome repeating that for three years, waiting around for a Rugby World Cup to come along in the fourth year, so you can understand why players look for something fresh and exciting. We just need to bring that fresh and exciting here…