PLENTY TO WORK WITH 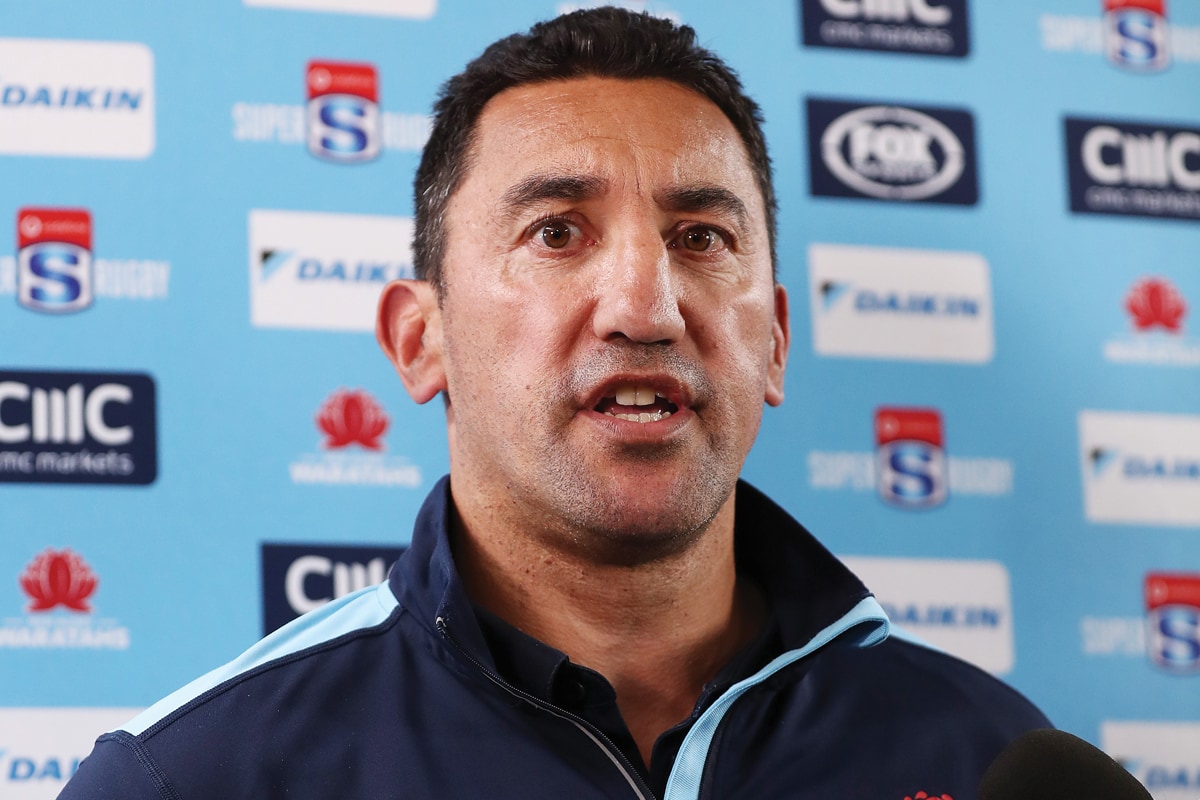 Gibson was a thoughtful and astute coach with the Waratahs, but results tailed off.

Peter White interviews the new Bay of Plenty Steamers head coach, a man with several letters after his name and a stack of life and rugby experience to draw upon.

There are not many rugby coaches who have two Masters degrees.
But new Bay of Plenty head coach Daryl Gibson is not just another former player with no academic credentials.
The affable former Crusaders and All Blacks midfielder has masters degrees in sports coaching from Sydney University and education from Canterbury University.
Education and rugby have been the two cornerstones of his working life.
A special area of interest to Gibson is how sports coaches try to get out of a losing streak. It became his thesis topic for his second masters, which he completed last year, ironically during his barren spell coaching the NSW Waratahs.
Gibson called on high profile coaches from rugby, league and AFL in Australia to get their experiences.
“The ultimate goal of that work was to really inform the coaching community. There are some really key take-outs for any coach or businessperson going through adversity and how we cope with that and respond,” he says.
“I feel wiser and better prepared now. At some point in your season you are going to have a down period so it is really around how you handle that and pull together as a team to get through it.”
The 46-year-old Gibson cut his coaching teeth as an assistant for four years at the Crusaders and most recently had four years as head coach of the NSW Waratahs in Sydney.
That tenure was cut short in June 2019 after a string of poor results that could hardly be blamed on Gibson alone. He says the loss of players who have left for Japan has been the biggest issue, eroding the depth of talent that makes up the backbone of a Super Rugby team.
Since Gibson left, his replacement Rob Penney has been released from his contract as the once powerful Australian union is stuck in reverse.
But Gibson has no regrets since leaving the Sydney pressure cooker lifestyle to settle his family in the Western Bay of Plenty a year ago.
He has thoroughly enjoyed being back in the classroom as a relief teacher and working for the Ministry of Education as a consultant.
And now he has a new challenge replacing Clayton McMillan as head coach of the Bay of Plenty Steamers. The team has performed well under McMillan to move up to the Premiership after years of underachievement.
Consistency of results has never been part of the Steamers’ make-up despite being the third largest union in New Zealand in overall playing numbers.
Gibson says the potential for a union like Bay of Plenty is immense.
“It is incredible. I think it is always going to be a region that throws up talent but it is what we do with that talent and how we nurture that is probably the most critical thing.

“In terms of the Steamers, Clayton, (CEO) Mike (Rogers) and the union have done an incredible job to rise up through the ranks into the top division.
“The squad is in really good shape in terms of the roster going forwards. We have good depth, good playing strength and we will be looking to improve and go one step forward to get into that final and give ourselves a chance.
“It’s a real privilege to come back after coaching overseas and to contribute once again to coaching in New Zealand and the Bay of Plenty.”
Bay of Plenty Rugby is based at the University of Waikato Adams Centre for High Performance at Blake Park, Mount Maunganui. It is also home to the All Blacks Sevens and Black Ferns Sevens.
Gibson is well aware of the pulling power of the magnificent facilities and the popular location.
“Recruiting into the Bay has been relatively easy due to that good work that has gone on before me. The lifestyle the players can lead here for three or four months is a big attraction for them. Part of that is providing the players with a really good environment to come and play their rugby, and be the best they can be.”
Gibson is under no illusions what he needs to do when he gets the Bay of Plenty squad together.
“Probably the biggest challenges are the players coming out of Super Rugby who are probably a little bit tired. It is about trying to create an environment where they are refreshed and energised, as well as enthusiastic about playing and doing well.
“As a Super Rugby coach, you get the players at the start of the season who are raring to go, so that will be one thing that will be different for me.”
Integral to Gibson’s new coaching group at the Steamers is former Hurricanes and Wellington Lions assistant coach Richard Watt.
He joins up with Gibson after being part of Tonga’s coaching staff at the 2019 Rugby World Cup in Japan and the Hurricanes during the 2019 Super Rugby season.
“I am really fortunate that I have got Richard beside me. He has had a lot of experience in dealing with both Super and Mitre 10 Cup campaigns so I will be leaning on him for advice.
“Obviously listening to the players and what they think works is important. Certainly Richard and I will bring experience to the environment but it is all new here for us as well so that is the exciting part.”
Gibson started the role immediately and is eager to get stuck into the role.
“I look forward to getting around to talk to all our contracted players, whether at Super or club level. They are scattered around the country, so it makes it a little difficult but that’s the landscape of professional rugby nowadays and players go where there are opportunities.
“I’m also looking forward to seeing some club rugby and some of the younger players coming through. The performance of the Bay of Plenty Toa players has been a real positive and those players are now contributing to the Steamers and getting chances at Super level,” says Gibson.