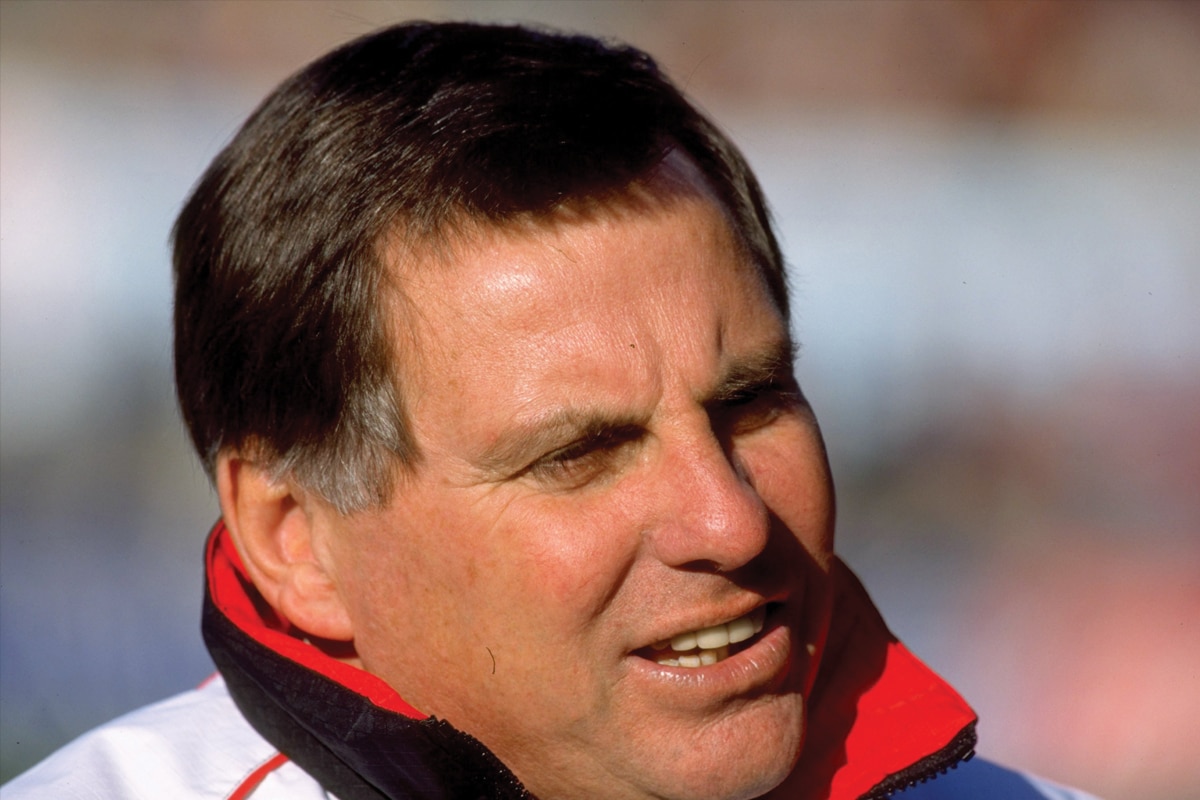 John Hart, the man who revolutionised rugby in 1984.

Campbell Burnes remembers with nostalgia the time when his love of provincial rugby was born (page 130).

I can close my eyes and conjure up the 1984 Auckland team minus any cheating with the Rugby Almanack.

That’s nine All Blacks, and I reckon four more could have graced a black jersey with a dash of luck and a less jaundiced eye from the selectors.

Spring was in the air at the garden of Eden. The All Blacks were back from Australia and John Hart’s men were about to cut loose with a hitherto unseen brand of high octane rugby.

This 10-year-old lad had been to Eden Park many times before, mostly to watch club rugby and occasionally to see an erratic Auckland side win by a few points.

Auckland had won the 1982 NPC but no one doubted that Canterbury was the best team in the land in 1983, not when the red and blacks put 30 on their old rivals in the Ranfurly Shield match in the Garden City.

September 1, 1984, saw the Cantabs come to town, eager to put the brash young Auks in their place. Instead, Grizz Wyllie’s defending NPC champs and Shield holders were dispatched 32-3 in comprehensive fashion, four tries to zip.

Continue this story in our August issue.

It’s our intention to publish a September/October issue on September 20, a couple of weeks later than first planned, due to the latest lockdown. If you are a subscriber and have any questions, please get in touch via the contact us form on our website or phone us on 0800 77 77 10.