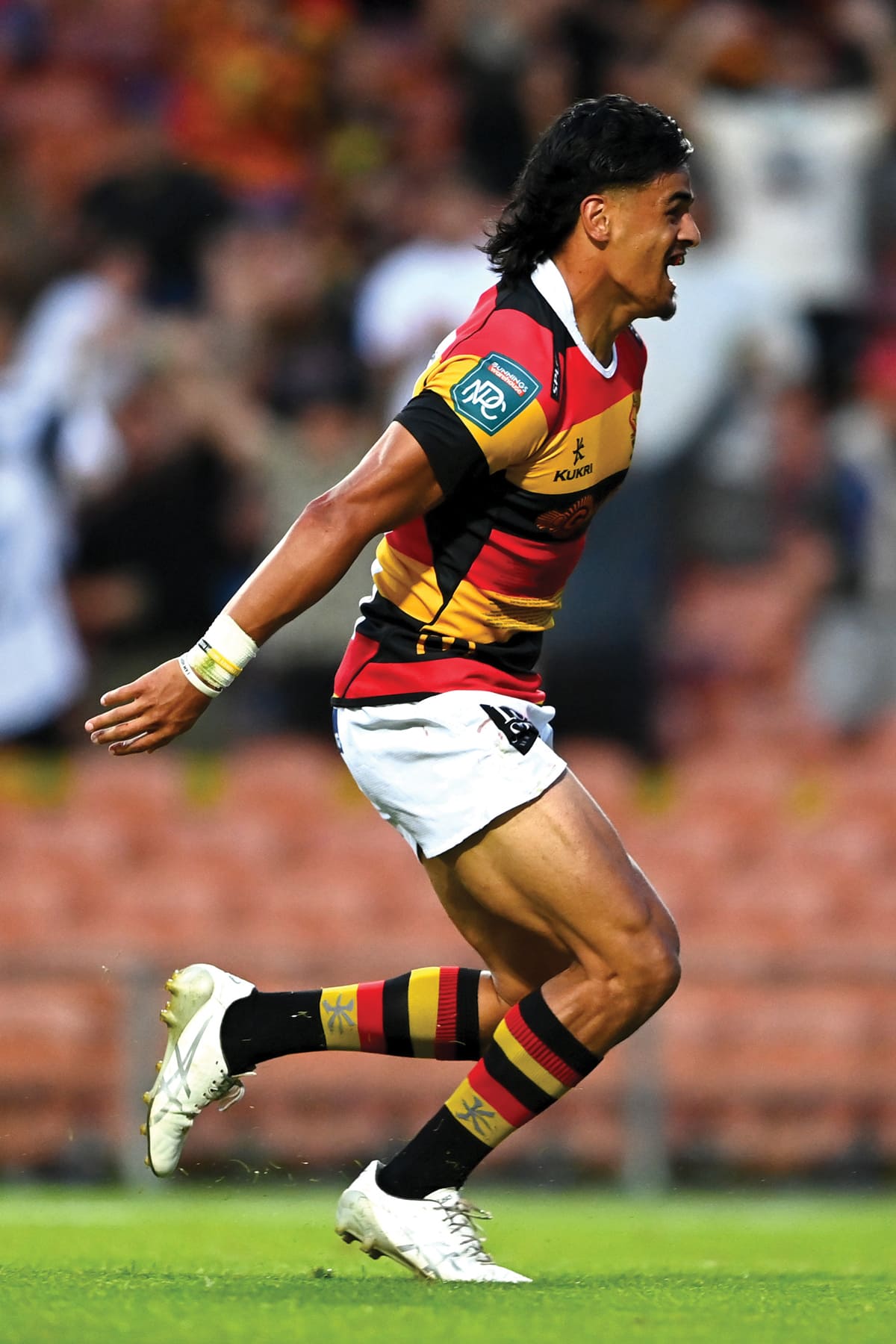 Bailyn Sullivan looks set to enter orbit after a key try in the Premiership decider.

Campbell Burnes reviews a unique NPC season that stretched three and a half months and ran the full gamut of emotions for many of the teams. (Pages 44-46)

The Bunnings NPC had it all in 2021 – from six crossover wins, three golden point games, an unbeaten Ranfurly Shield holder, three teams withdrawn, levels moving up or down, forcing hasty relocations, two Chiefs region winners and, of course, restricted crowds almost all the way through.
There were again a plethora of lineout-driven tries to frustrate the idealist and delight the tight five boffin. And a few 50-22s and goal-line dropouts for good measure.
It all started on time on August 6, with much hope in the early spring air. But after just two rounds, the NPC was suspended for four weeks while the country was locked down in levels 4 and 3. Hopes were high that North Harbour, Auckland and Counties Manukau would play some part, but NZR had to concede defeat by early October. It was a crying shame, and not just because Auckland, with its new recruit Roger Tuivasa-Sheck, was one of the favourites for the Premiership title. The rejigged draw forced a few non-competition matches, which were still of first-class status.
One of the disappointing aspects of the NPC was that, by going well into November, several players had to leave early to take up Japanese contracts, even though the new League One does not kick off until January. Into that category came the likes of Whetu Douglas, Otere Black, Vince Aso and Ash Dixon, yet not, strangely, Fletcher Smith.
Through it all, Taranaki rocked and rolled its away to the Championship title in an unbeaten season. Stephen Perofeta was the best player in the NPC, ahead of Mako Leicester Faingaanuku, his boot to the fore and his running game from fullback lighting up the Bulls’ attack. He should be the Blues’ No 15 in 2022. Tom Florence, Kini Naholo and Michael Bent were other strong performers.