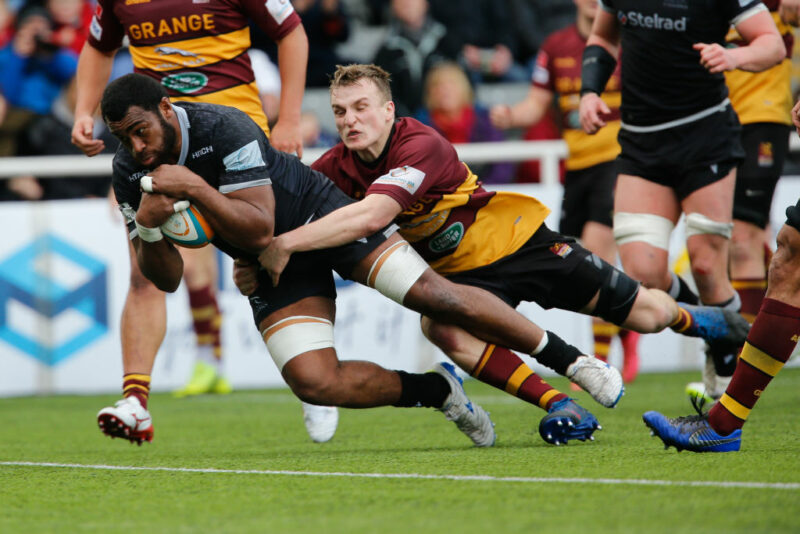 Nemani Nagusa, coming home to captain the Fijian Drua, scores a try for the Newcastle Falcons in 2020. Getty Images.

The Otago Daily Times series looks at the fortunes of the 12 teams in the new Super Rugby Pacific competition. Hayden Meikle finds out more about the Fijian Drua.

Coach: Mick Byrne. At 63, there is not much "Mick the Kick" has not seen in the sporting world. The former Australian rules football star spent 10 years with the All Blacks as a kicking and skills coach, and four years with the Wallabies. This is his first major head coaching role. He has quite a job ahead of him. Former top referee Glen Jackson is his assistant.

Star forward: Look for loose forward Nemani Nagusa to lead the way. Nagusa was a regular in the English Premiership before returning to Fiji during the pandemic.

Star back: Onisi Ratave is no youngster but the electric winger starred on debut for Bay of Plenty in the NPC last year.

Exciting prospect: Kitione Salawa jun, whose dad of the same name played at the 2003 Rugby World Cup, is a highly rated blindside flanker.

Nickname (rated out of 10): 9. The drua was the legendary Fijian double canoe often used in warfare. Great nickname.

Random player from history: They don’t have a lot of history, to be fair. The Drua played in Australia’s national championship for three years, winning it in 2018.

Wait, he plays on this team?: Baden Kerr. The Counties-Manukau first five has had a nibble at Super Rugby with the Blues and played overseas, so has some experience under his belt.

Last year: This is the Drua’s debut season in Super Rugby.

Predicted finish: 12th. They will have no desire to merely make up the numbers, but the Drua’s main victory is just (finally) getting into Super Rugby. They have been training together for three months, and they have the advantage of playing more games against weaker Australian teams. But do not expect miracles. Delays in getting a licence made it tricky to recruit foreign-based Fijians, and a homegrown team facing the likelihood of being away from the islands for an extremely long time will struggle, and that’s fine.