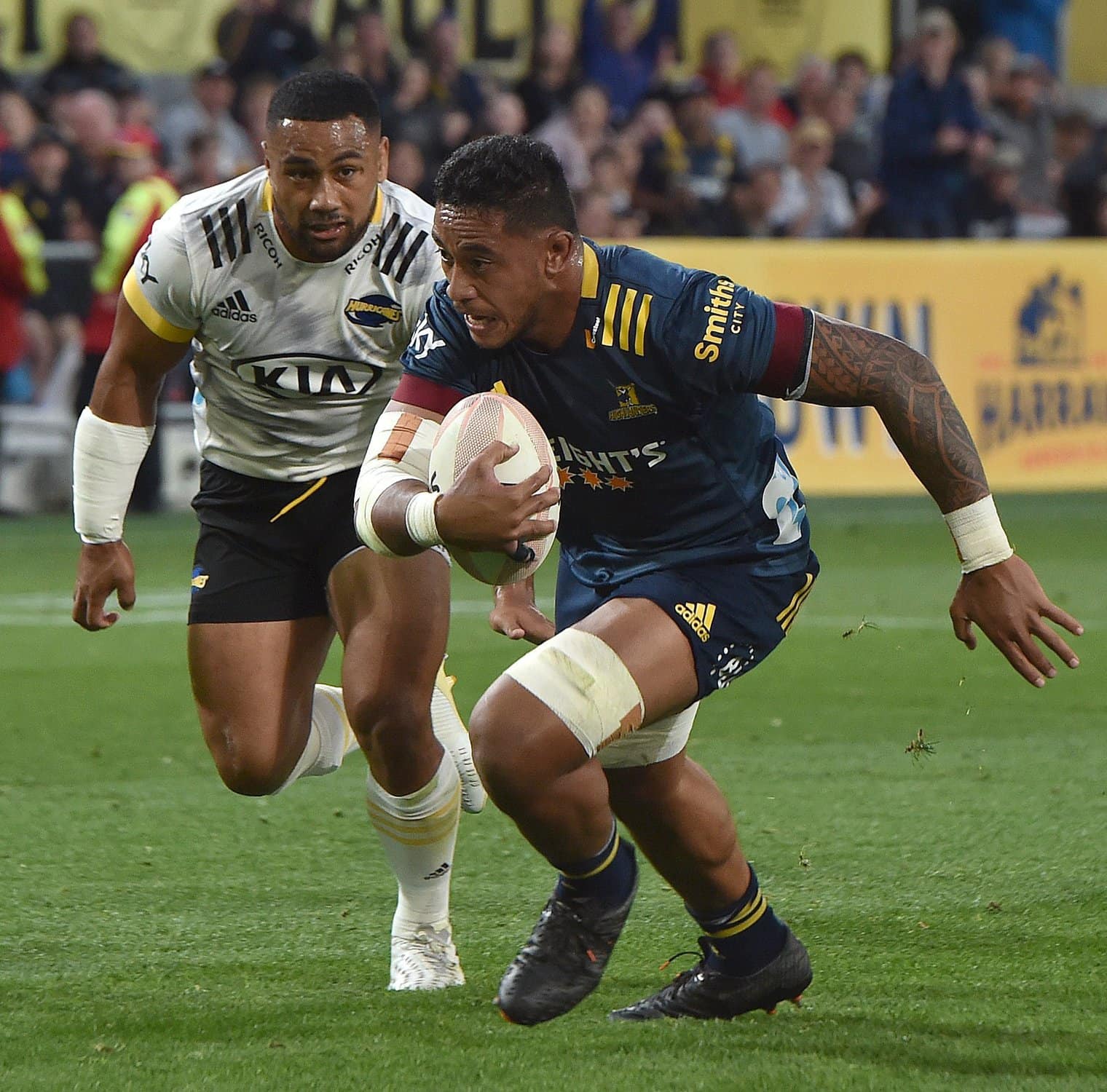 Shannon Frizell carries the ball as Ngani Laumape chases during the Highlanders' match against the Hurricanes at Forsyth Barr Stadium. Photo: PETER MCINTOSH

Every sports team looks for it but it can be hard to find. Only the very best teams get it and can hang on to it. At the moment, the Highlanders have not got it.

Consistency is the one thing the side has not managed to produce this season. It never won two matches in a row. Within games the team would play well for 10 minutes and then drop off those standards.

Often that happens because of a lack of really class players. The team only has two current All Blacks, Aaron Smith and Shannon Frizell, so has to play to its absolute limits to bag wins.

One could argue to get three wins and a draw — the home game against the Chiefs going to golden point — was not a bad return with what was in the toolbox.

Compared with last season, the side did appear to make progress. Only against the Blues in Auckland did it truly finish second.

Many players came through and played to the best of their abilities, making progress.

Connor Garden-Bachop turned heads in the first pre-season game in Temuka with an ability to drift into space and he kept up that standard all season, until injured, with an eye for a gap and real speed off the mark.

Japanese No 8 Kazuki Himeno was a lot like former Highlanders skipper Taine Randell.

Not the biggest guy but never did anything wrong. When he took the ball up it always came back and he never missed a tackle.powered by Rubicon Project

The team reached its climax in the win over the Crusaders on what turned Good Friday into a great Friday for the team and its supporters. It was one of the best performances from a Highlanders side.

But the side never reached those heights again. It lost in golden point to the Chiefs the following week, played well to beat the Blues and then finished the season with a disappointing loss to the Hurricanes.

It was galling to give the Hurricanes their only two wins of the season. If the Highlanders had won those games the side would have been in the final this week.

But the margins are just so slight in the Super Rugby Aotearoa competition and what a side needs is luck.

One only has to look at injuries and realise luck was not in excess supply in the Highlanders’ cupboard.

Injuries started coming from before the first pre-season game, when prop Jermaine Ainsley went over on his ankle and badly sprained it, wrecking his season.

From then on, it seemed like every week a player would be gone for the season. In the last game, Nehe Milner-Skudder made an unlikely comeback as he was basically last outside back standing. The Liam Squire comeback fizzled out quickly and no-one knows his future.

The side will now head into the transtasman competition and has a tough first game, against the Reds in Dunedin, on May 14.

Every New Zealand side will go into every game of this competition as the favourite. That is not always a great thing.