Highlanders have much to play for in Wellington 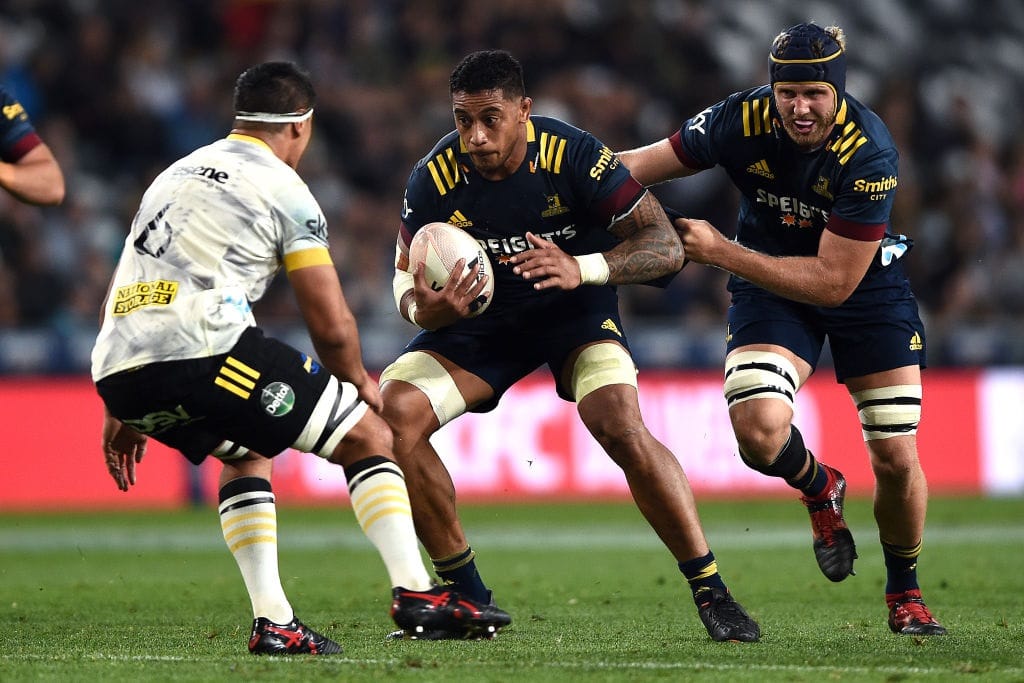 Shannon Frizell takes the ball in contact as he is supported by Josh Dickson last time the Highlanders met the Hurricanes. Photo: Getty Images

The Highlanders can do a sweep with a win this Friday night against the Hurricanes but the home side will not be rolling over.

The two sides will clash on Friday night with the Highlanders arguably having more to play for.

The finalists of the competition have already been decided and the Crusaders are set to host the surging Chiefs in Christchurch on May 8.

The Highlanders have plenty of motivation to secure a victory in Wellington on Friday night.

If the side wins it will mean a 50% win record in the Super Rugby Aotearoa competition and also a win over every other side over the past couple of months.

If the Blues lose to the Chiefs on Saturday night and the Highlanders win, then the southern-based team will pass the Auckland side and move into third place.

Obviously, third is not making the final but it is better than where it presently sits, in fourth.

The Hurricanes have nothing left to play for as they sit last and have just the one win to date — a victory over the Highlanders last month at Forsyth Barr Stadium.

The Wellington-based side can not pass the Highlanders with a win.

But Hurricanes coach Cory Jane said the side was still motivated to play well.

The Hurricanes have had a couple of close losses of late, to the Crusaders in extra time and then going down to the Chiefs in the last kick of the game.

Jane said yesterday the side was still hurting from the defeat to the Chiefs last Friday night in Hamilton.

"The guys are a bit down.

"You do not do too bad but you lose. It hurts but you’ve just got to get back on the horse and go again," he said.

He said there were signs of improvements in the side, having looked like a "school team coming together" at the start of the season.

"But we have slowly built and we have got a good part of our game going.

"The trick for us is putting it all together and making it pay.

"Sometime our set piece will be good, but the phase won’t be, our defence won’t be.

"We’ve just got to match them up, put them in the right direction. We’ve just not been good enough to win games."

He lamented the fact the side was having to compete in games with just 14 men as a lack of discipline has been costly.

Jane said the Highlanders would not be going to Wellington to make up the numbers.

"We want to have a good performance. Just to put everything together, compete and go at it.

"They’ve got to come up here and they’ll want to win.

"We are making better decisions. We’re still young in key positions but guys are learning."

The Highlanders had a few days off after the side’s win over the Blues on April 16. They came together at the end of last week and will build up this week.

The sides met in the final game of the domestic Super Rugby competition last year in what became a points feast, the Highlanders winning under the roof in Dunedin, 38-21.