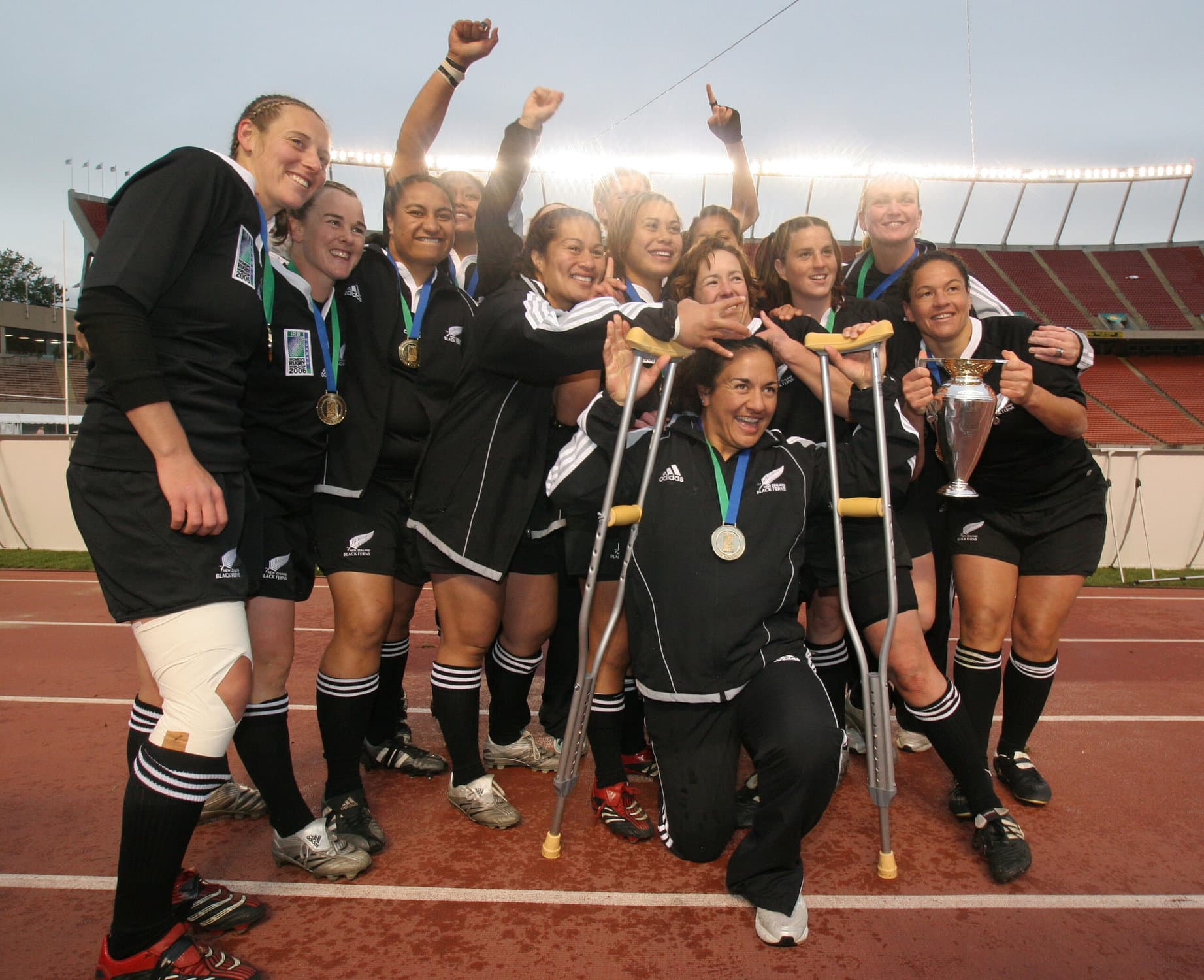 The women’s game has moved forward considerably since the 1990s, but you would go a long way to see a more physical international than the 2006 Rugby World Cup final, featuring the Black Ferns against their great rival, England, in Edmonton. It was a classic knock ‘em down, drag ‘em out, contest, between two teams that respected, but did not especially like, each other.

Played out in a city that made Wayne Gretzky and ice hockey cool, the World Cup final was won 25-17 by New Zealand. That bare scoreline told little of the drama that unfolded. Lock Monalisa Codling latched onto a Melissa Ruscoe offload to gallop 35m for a try, showcasing her athleticism which, when mixed with her physicality, was a potent brew. Ruscoe also set up wing Stephanie Mortimer for a try, while the latter then set up Amiria Marsh for the decisive score when the game was in the balance at 20-17, moments after England’s own lineout-driven try.

The clock was at around 83 minutes. The Black Ferns were spent, but joyous. No men’s team has yet threepeated at global’s rugby’s biggest event. Jock Hobbs was there on behalf of NZR to press the flesh, while IRB chairman Syd Millar presented the trophy to Farah Palmer and Rochelle Martin, the co-skippers. “My distinct memory from that game is that during the last couple of minutes, I was looking at the clock. It showed 81 minutes.

I was like, Come on, ref, when are you going to blow the whistle?’ He said, ‘No, there’s still time.’ “Their wing then got the ball on the right hand side of the field and had a free run but luckily she tried to go over the top rather than sidestepping me. I managed to hold on and bring her down. I was winded, then I got up and all I could see was Amiria on the far side, smashing their fullback out of the way to score,” says Palmer, now a board member for NZR. It was the most physical game of rugby Palmer ever played.

“That was the most appropriate way for me to finish my rugby career and for us to win that World Cup. It was close, so intense, and I was spent.” Palmer was not the only one. Back in New Zealand, it was Monday morning and Yours Truly was shouting at the TV in the Rugby News office.

The Black Ferns were, rightly, our cover for the coming weekly issue, out two days later. The other memory is of first five Anna Richards, 41 years young, putting her body on the line with some gutsy tackling. A banner in the crowd read: SENSATIONAL ANNA RICHARDS. It was apt.

She was player of the tournament. The Black Ferns had built nicely into the tournament. In 2005, they had won the Canada Cup and then defeated England in a two-Test series downunder. They were World Cup favourites with a very large target on their backs. Jed Rowlands and Dale Atkins were the coaches.

Palmer was the veteran at 33 and had the young comer Fiao’o Faamausili nipping at her heels as she rehabbed a shoulder issue in 2005. “I had decided that 2006 would be my last go with the Black Ferns. Fi was an amazing player and deserved that No 2 jersey against Samoa. It was an interesting time for me, very humbling. I wanted to do what I could to help the team and accept whatever fate was handed to me in 2006,” says Palmer.

As fate would have it, she was to help lead this great team to even greater heights. It all went mostly to plan in Edmonton. Home team Canada was dismissed 66-7, wing Claire Richardson running in a hattrick and Ruscoe a brace. Marsh scored a hat-trick in the 50-0 blanking of Samoa’s Manusina. Scotland was repulsed 21-0, though not without some issues. “The key game was Scotland because they gave it to us in the forwards. That was a wake-up call that we had to adjust our game plan, especially around the rucks,” Palmer says.

France came and went, 40-10, in the semifinal. “France always plays in a way that’s hard to predict. They were on the up and now they are an amazing team that will be a real threat at this World Cup.” France in 2006 had tight-wearing white jerseys that could not fit most of the Black Ferns when they swapped after the game. The Black Ferns, as they did in 2002, had a solid core back from the previous World Cup, always a necessity when plotting a strategy at this tournament. There were key combinations, such as Richards and Emma Jensen in the halves, locks Vicky Heighway, who scored a lineout-driven try in the final, and Codling, loosies Ruscoe and Martin, and midfielders Exia Edwards and the hot stepper Huriana Manuel.

England was a very good side, whose best player was the dynamic loose forward Maggie Alphonsi. The rivalry between the two was in full swing in 2006, and is still very much a thing in 2022. “All I know, from my perspective, is that there wasn’t a lot of love lost between the two teams,” says Palmer. “We respected each other. Some players were friendly, because they had played over in the UK but, for the majority, there was just this really intense rivalry.”

We don’t know for sure how humble in defeat England was in 2006, but let’s just say there is no other team in world rugby that the Black Ferns enjoy beating more. The co-captaincy set-up worked well, Martin opting to follow the lead by example mantra favoured by many skippers since time immemorial, while Palmer was one to gauge the mood before verbalising, focusing on areas of importance.

She only made one brief return to rugby, in a Maori rugby tournament in 2010 at the time of the centennial celebrations of the Maori All Blacks. She’d had a baby by then, so was happy to swiftly shift from the front-row to the side of the scrum. The Black Ferns? They kept winning, despite a sparse programme, though they did drop a Test to England in 2009.

The World Cup itself? If that silverware could speak, it could tell a few stories… in October 2006, at an infamous party in Auckland, it was dented when dropped, leading to concerns about its lack of robustness, an accusation that could never have been levelled at the Black Ferns pack. After some panelbeating, the cup is still intact and is under closer guard than it was in 2006, when the Black Ferns achieved a feat that has yet to be emulated and did it with sheer grit and determination.