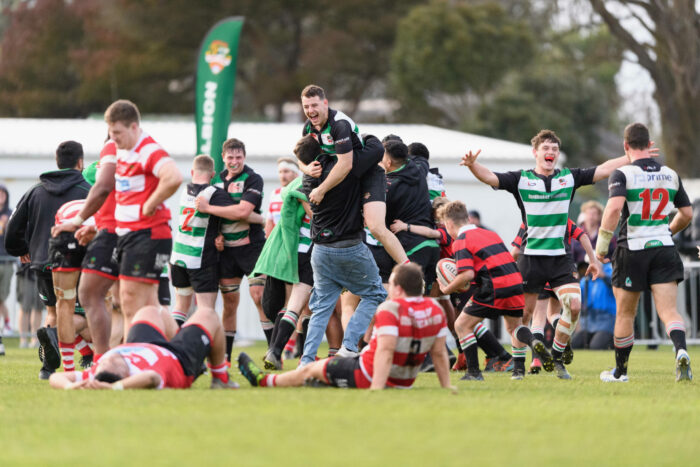 Super Rugby’s battle with Covid-19 is documented daily, while the lifeblood of the code at grassroots level has also been impacted by the pandemic as a new club season looms.

Rowan O’Gorman was among about 15 squad members unable to take on Stoke in Murchison on March 19, leaving last weekend’s hit out with Sydenham as their only tangible game time before a rematch of the 2021 decider with Burnside on Saturday.

“Our club’s been smoked by it for a couple of weeks, it’s been a bit messy,” said the 328-game hooker.

Pre-season games against Belfast and Linwood were also Covid-19 casualties so game preparation has been limited to two outings after a camp in Hanmer was also scrapped.

“That was put on the back-burner because we needed to play a game to try and have a look at the new guys and give them a fair crack,” he said.

Burnside, last season’s runners-up, were also doing it tough with rugby development officer Brent Frew preferring the opening round to be pushed back.

“We’re absolutely decimated. We had 10 fit division one players, and one front rower,” he said of the training turn out late last week.

A composite side also comprising division two personnel ended up playing Prebbleton last Saturday after pre-season games against Canterbury and Lincoln Universities were canned due to the virus.

“We haven’t had a full div(ision) one team play yet. We’ve had people coming out of isolation so we have to go through the return to play protocols,” Frew said.

“We were hoping they’d delay the season. That’s just the way it is. You can’t defer for two clubs if the others are ready to go.

“Some clubs will be in a better state than others. Lincoln Uni are back to full strength because they got hit with Omicron through the halls of residence. UC got hit earlier than us, High School Old Boys got hit earlier in the season,” he said.

“Most teams are back to reasonably full strength, we’re just in the middle of ours so we’re suffering a bit playing numbers wise. That’s the luck of the draw.”

Canterbury Rugby Football Union community rugby manager Fiona Smith said clubs met three weeks ago to discuss contingencies and the decision was to forge ahead with a staggered start for other grades so those players could fill in if required.

“The intent is still to start on Saturday but if six clubs rung and say: ‘We’ve had terrible outbreaks’ then we’d have to relook it,” she said.

“Most of our boys have had it so we’re looking alright,” he said, before revealing a new take on the traditional team list,” he said.

“I’ve just done a team sheet for this year so I’ve got to follow up who’s had and who hasn’t, just to get ready. We’re definitely going to feel the pinch but we’ve got quite a good depth of players so we should be fine.”

Christchurch Metro premiership round one draw (all Saturday 2.45pm)

Republished courtesy of The Star