CRANKING IT UP A LEVEL 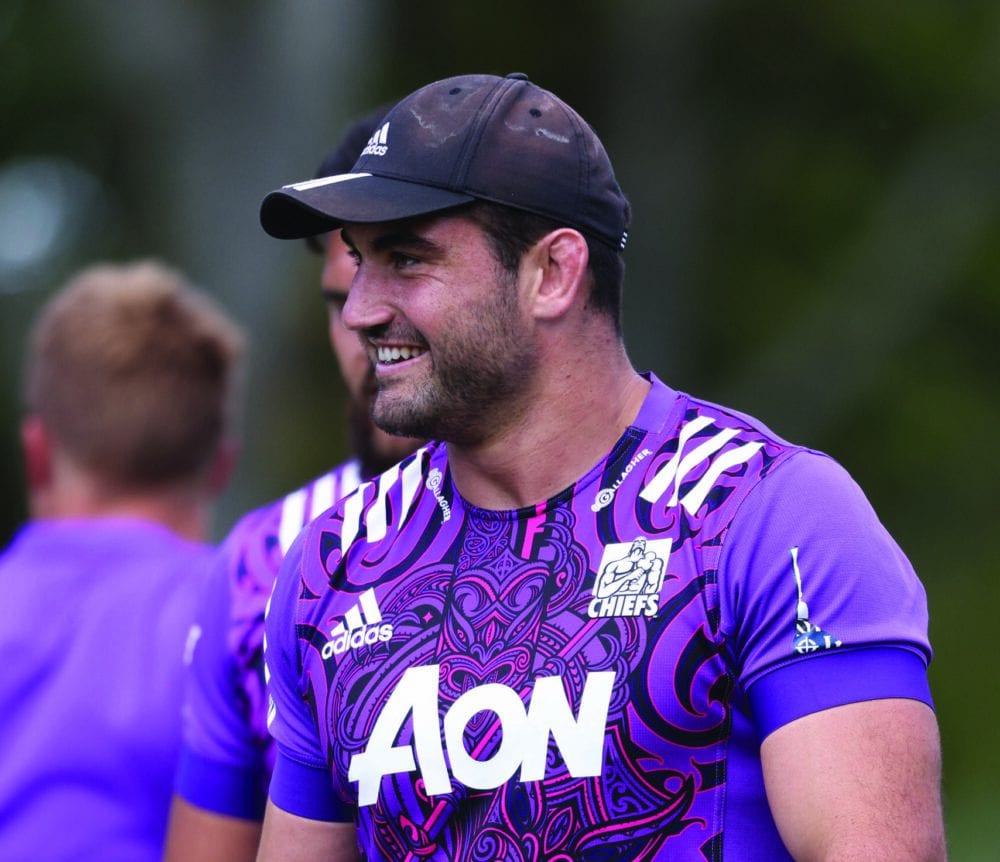 Jacobson would love a repeat, at least, of his very productive 2021 Chiefs campaign.

Loose forward Luke Jacobson is determined to guide the Chiefs all the way to the title, writes Peter White.

Chiefs loose forward Luke Jacobson has had more than his fair share of injuries in recent years.

The 24-year-old Waikato product has been through much-publicised bouts of concussion and last year had two hamstring tears and a broken hand to contend with.

But dealing with adversity and bouncing back is an integral part of what makes the best loose forwards tick. It is a high impact job that is definitely not for the faint-hearted, but Jacobson would not have it any other way.

He is excited to be training at the Chiefs with his mentor Sam Cane, who is also back to full fitness after a frustrating 2021 on the sidelines.

“Yeah, it is awesome to have Sam back. We missed him last year with his experience and leadership,” says Jacobson.

“The big thing with Sam is just how genuine he is. He takes as much time with everyone in the team, whether it is your first day on the job or you’re five years in. He will still listen to you as intensely regardless and try new things out.

“It probably surprised me the most, coming into the Chiefs, how much he actually listened to the younger boys. I don’t think he is one to say no to a new idea without trying it out.”

Jacobson is a future long-term prospect for both the Chiefs and the All Blacks at No 8 or blindside flanker. He certainly has the skillset to be an international class player in either role.

“I really enjoyed playing at eight last year. I learnt a lot and I do like the different dynamics at the back of the scrum. It is my preferred position but I am not sure what the coaches are thinking. I am happy to play wherever, really.

“Blindside is pretty similar. It does not change too much but you don’t get to play off the back of the scrum. You might get a few more defending opportunities there but definitely playing at No 8 would be my first option this year.”

Jacobson is renowned for his heavy hitting in the tackle and remarkable ability to win crucial turnover penalties at the breakdown. There are few, if any, better at poaching turnover ball. He says speed is the key to being successful at both aspects of his game.

“Defending, first you have to win the race off the line to be first to the gain line and getting under the ball and winning that centre of gravity contest. You get the power tackling from your feet placement right, with the same leg and same shoulder punching through that way.

“Over the ball you have to win the race as well. Once there you have to have a wide base, nice and stable, because obviously you are going to get hit.”

With Covid-19 still affecting potential trans-Tasman travel options, the opening eight rounds of Super Rugby Pacific see a return to the local New Zealand derbies that so excited rugby fans during Super Rugby Aotearoa.
Jacobson says he loves how the games are always highly contestable and so physical.

“They are easy to get up for playing against your mates and rivals who may be in contention with you for higher level. It is reasonably tough on the body but once you start to get into a groove it is not too bad.

“But you always do find the New Zealand games a bit tougher than the Australian games.”

Chiefs head coach Clayton McMillan values the role Jacobson plays on and off the field.

“I am really stoked for the season Luke had last year. He has had some significant setbacks with concussion but he has done everything he can to get back on the rugby field. Last year he was able to do that consistently and in doing so he showcased what a huge talent he is.

“He has the potential to be a very good leader. He was right in the thick of the big moments that turned the Chiefs season around. Damian McKenzie often got a lot of the credit, and rightly so, for kicking the goals, but on two or three occasions it was Luke who won the turnover and got us the penalty.

“He is a great talent. He has come through the New Zealand pathway so we have always been well aware of what he is capable of. He showed that last year and I think it is just the starting point.”

McMillan has indicated an aspect of his game he wants Jacobson to improve to take him to the levels consistently reached over his career by Cane.

“Luke was quite well known for having heavy shoulders and when he hit people he hit them hard. He still does that, but I think we can work with him to increase his physical presence along with his great footwork, offloading ability and his work-rate.”

There is much said about the culture at the Chiefs and what a special rugby environment it is to be a part of.
Jacobson says it is not just out on the playing field where that matters but also enjoying training together and off-field activities as well.

“Over the last couple of years we have really developed as a squad and we all enjoy going in and being around each other.

“We definitely want to be contenders this year and we will be trying to go the next step from last year and win the title.”

If he can avoid serious injury and continues to dominate the contentious tackle ball area, then Luke Jacobson is set to be a key factor in the Chiefs’ drive for silverware in 2022.