Coltman poised to be Landers' most capped hooker 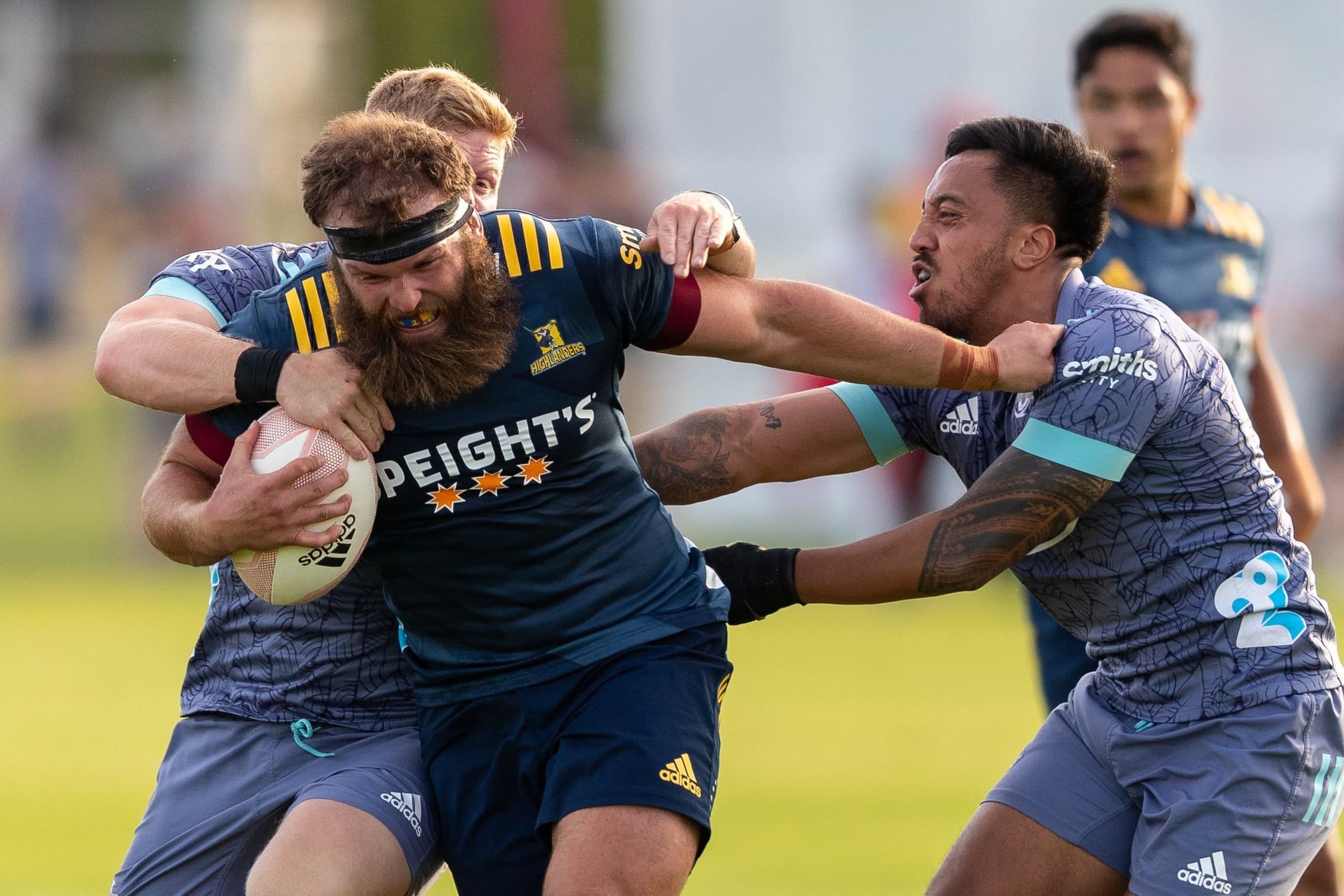 Highlanders Liam Coltman makes a run during the Super Rugby Aotearoa pre-season match between the Highlanders and the Hurricanes at Molyneux Park in Alexandra. Photo: Getty Images

If all goes well, Liam Coltman will become the Highlanders’ most capped hooker this season.

The 31-year-old may well pass the mark of 127 games set by former captain and All Black Anton Oliver.

The smiling hooker has become part of the furniture down at Highlanders headquarters. He played his first game for the side in 2013 and has been there ever since.

He is sitting on 124 games and is expected to get on the field again this week when the side travels to Perth to take on the Force.

Well into his ninth season with the franchise, Coltman is still the same guy as when he ran out against the Chiefs in the first game of the 2013 season.

He said yesterday that first game felt like it was from another lifetime.

"It is a long time ago. It has been a fair while now when you look back on it," he said.

"I’m definitely a lot older so a bit wiser. A very different style of game that I play now. I still love it. Getting out there and having a bit of fun."

Coltman was the Highlanders best player in 2019 when he started all but one game — a dynamo around the field and winning turnovers at will.

But last year the form of Ash Dixon usurped him and again this year Dixon, who seems to have found the fountain of youth, is getting the starts.

Coltman though is not complaining. He just gets on with life and said having a bench role was just as important as starting the game.

"It is what it is. That is all that matters to me. The team is going well. It took a while to get used to it. It is definitely a different style that you have to play.

"Coming on you have just go to remember you’ve got to get out there and do a job. Don’t go too far out of the system to try and make an impact on the game. You’ve just got to do your role and do it well.

Coltman has travelled far and wide in his career and, after over a year at home, he will take off this morning for an 20-hour trip to Perth.

He said it would be good to get on the plane and get back into touring. He was looking forward to the hotter temperatures in Perth

The Force had a narrow loss to the Chiefs first up and Coltman said the Highlanders needed to concentrate on its own games.

"We’ve got to look at us, play our game of footy. It is a tough competition. I know the results showed all the New Zealand teams won but it is about all of us turning up on the day.