Club to celebrate century and a-half 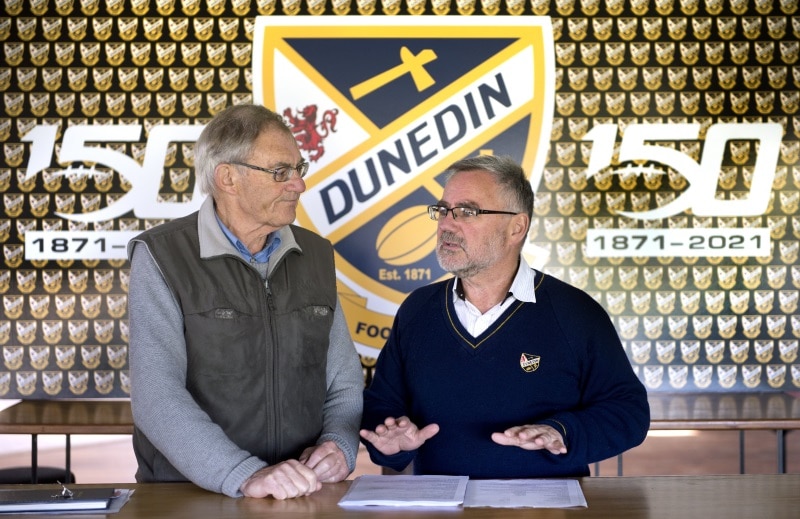 The club is 150 not out and plenty are coming to celebrate.

The Dunedin Rugby Football Club will celebrate its 150th anniversary this weekend and believes it is the longest continuously running rugby club in the country.

The club came from a meeting of men early in 1871 who wanted to form a team and managed to get a club going. The team played other groups in that first year. The following year the Union club was also formed in Dunedin and played the Dunedin club, although the Dunedin club competition did not start until 1885.

Club historian Peter Stumbles, who penned books on the 100-year history and 125-year history, and will do another book for the 150th celebrations, said the club had always been around in its name since 1871. It always managed to field a team as Dunedin, even during two world wars.

The Nelson Rugby Club was formed in 1870 but it combined with Nelson Old Boys during the two world wars to field a side. The Wellington Rugby Club has been around since 1870, though Dunedin club officials believe it had a recess in its early years, and Dunedin was the longest continuous club.

The club got its Marist connection in 1919. The Otago Rugby Football Union had ruled all clubs must have at least three teams and Dunedin only had two teams. It went to some Christian Brothers staff and managed to get a team together with some school members and some old boys. That allowed it a Marist club, which it held on for ever since.

The club has had seven All Blacks, Sam Harding the most recent, in 2002. Recent All Blacks Gareth Evans, Andrew Hore and Brad Weber all played for the club but before they wore the black jersey.powered by Rubicon Project

The club has won the banner 11 times, including three times in the last 25 years.

The senior club has seven teams this year and all will play at home, along with the junior club teams, on Saturday, which was proving to be a logistical challenge.

The club had some ups and down but hard work in the mid-1990s had set it on a period of high playing numbers.

‘‘We had guys who worked very hard in that period, did a huge amount of work and recruited around New Zealand,’’ club president Greg O’Brien said.

The club had also made Colin Meads an honorary life member and the late All Black great had a long association with the club.

A Colin Meads fan club was formed in the late 1970s and there will be a celebration at the club tomorrow, which would have been Meads’ 85th birthday.

About 350 are expected at the opening function on Friday night where broadcaster Grant Nisbett will speak. Further events, including a Mass on Sunday morning, will highlight the weekend.

O’Brien said yesterday the club had talked to the Dunedin City Council about the state of the Kettle Park fields, which are under threat of erosion from the sea. No definite decision had been made about the club’s future.