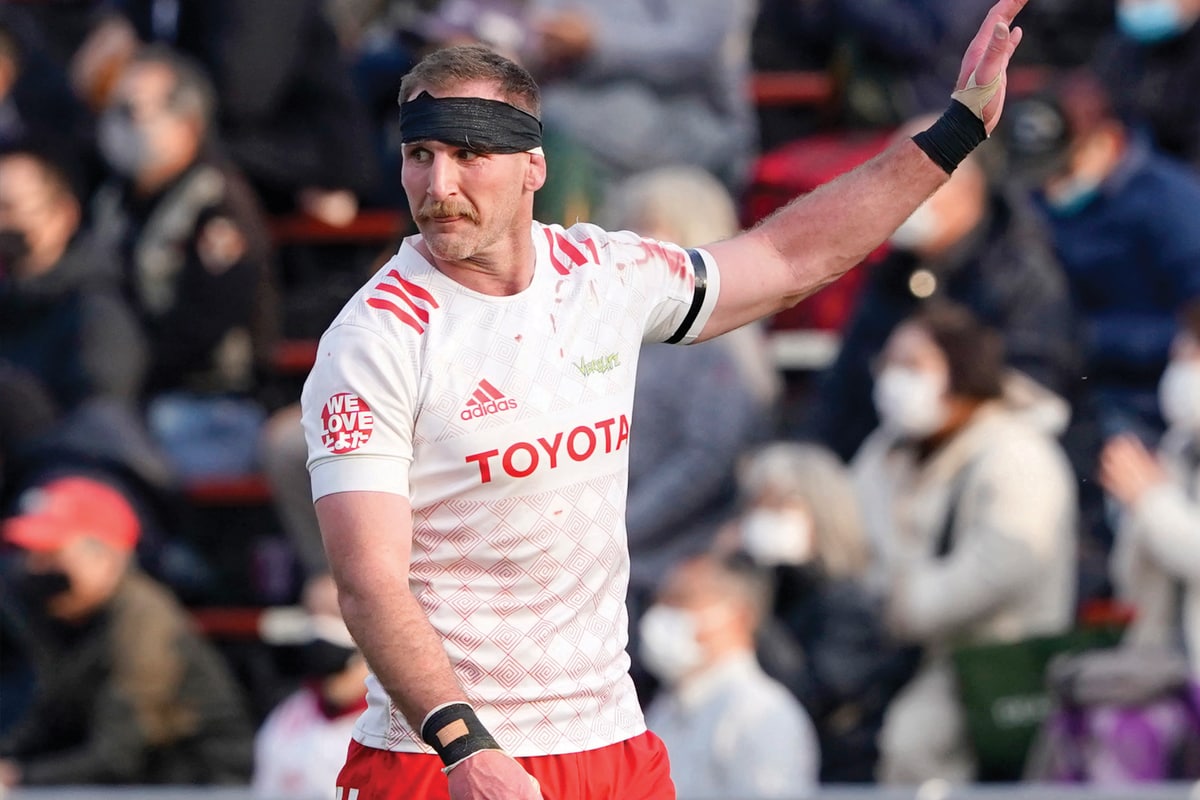 Read signed off from rugby after a good season with Toyota Verblitz.

Campbell Burnes caught up with the great Kieran Read, who announced his retirement from all rugby in May after the Japanese Top League season (pages 10-14).

Nice to see a fellow member of the All Blacks No 8 club – ‘Buck’ Shelford – being recognised with a knighthood?
Oh, huge for him and very special. He’s obviously done so much for the All Blacks jersey and then done so much outside of the game too, which is probably the most important thing.

You probably didn’t see much of him in playing action in your early days?
I didn’t watch too much of him, but I heard the stories, including the classic ones, such as around his scrotum injury. They are some of the legends you hear growing up.

I imagine you had it in your mind that it was the right time to go after the Top League season and the semifinal defeat of Toyota Verblitz to Panasonic Wild Knights?
I did. I was always going to be finishing off and that was the natural end. I guess you have to announce it.

Was the body still in good nick when you called it a day, no residual issues with your back?
No, the back’s come good, probably not playing as much footy in the last two years. I’ve got a couple of dodgy knees, which is normal when you play as long as I have, but generally the body is in good shape. I was definitely keen to finish off on the right note in terms of that and keen to utilise that body to spend time with the kids over the next wee while.
The family stayed back in New Zealand this year, unlike in my first season. That made sense with everything that was happening in the world. They were going to come up and see me but Japan locked down again in terms of visas and they couldn’t get back up. It was a tough year being away from them but it was good to play some footy to finish off on the field.

Continue this story in our July issue...